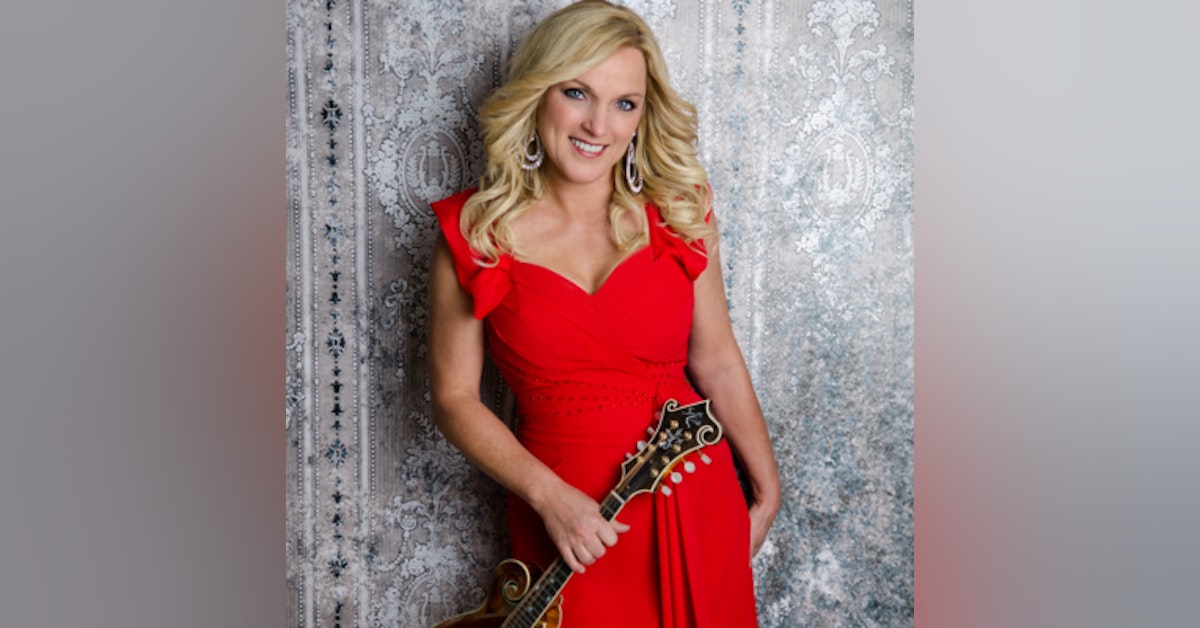 Meet Rhonda Vincent, who along with her outstanding band The Rage will be making their Winfield debut this year. Rhonda is a renowned bluegrass singer, songwriter, and multi-instrumentalist who was recently inducted into The Grand Ole Opry, is a seven time Grammy award nominee and Grammy award winner for best Bluegrass album. Rhonda takes time from her international travel schedule and talks about making something fun, and positive during Covid, coming back full throttle on tour, the challenge of recording a classic cover song, her unlikely partnership with Bernie Taupin, meeting Elton John, and how excited she is to be making her Walnut Valley Festival debut. 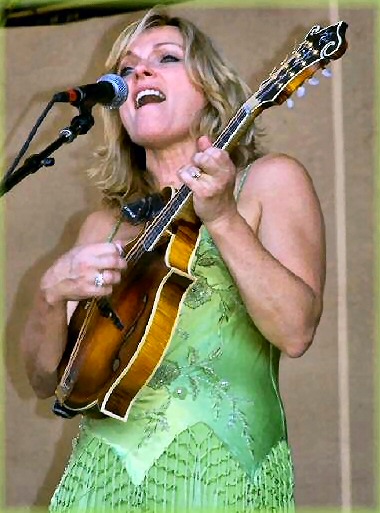 Rhonda Vincent is a firecracker of talent that powers one of the hottest bands in any genre of music today. From humble beginnings in the tiny town of Greentop, Missouri, Rhonda’s musical heritage traces back 5 generations of the Vincent family. Her dad would pick her up from school each day, and they would sing and play till dinner. After dinner, friends came over, and they would sing and play till bedtime. She began her professional music career singing in her family’s band The Sally Mountain Show. It was an immediate “on the job training,” as they had a TV show, radio show, and made their first recording when Rhonda was 5 years old. She picked up the mandolin at eight, the fiddle at twelve, and learned a valuable life lesson as a teenager performing with her family at Silver Dollar City in Branson, Missouri. While they were playing in the pouring rain to empty seats, and what they thought, no one listening -- a week later they received a call from Hal Durham, general manager of the Grand Ole Opry at the time, and who just happened to be listening with his family around the corner. Mr. Durham loved what he heard and invited the Vincent family to appear on the Opry.

Rhonda’s life of music evolved into a successful career in bluegrass music; after being discovered by Grand Ole Opry Star “Jim Ed Brown,” and later spending what she calls her musical college years recording for Giant Records; and learning about the music business from Nashville’s best like James Stroud, Jack McFadden, and Stan Barnett.
It was her pivotal bluegrass album “Back Home Again” that transformed Rhonda Vincent into the All American Bluegrass Girl, and crowned the New Queen of Bluegrass by “The Wall Street Journal” in 2000.
A multi-award winner, with a 2017 Grammy for Best Bluegrass Album, an Entertainer of the Year 2001, Song of the Year 2004, and unprecedented 7 consecutive Female Vocalist of the Year awards from the International Bluegrass Music Association 2000 – 2006 and an 8th win of IBMA Female Vocalist of the Year in 2015.
Her lifelong dream came true when she was invited to be a member of the Grand Ole Opry on February 28, 2020. Rhonda waited an unprecedented 345 days and was officially inducted as a member of the Grand Ole Opry on February 6, 2021.
Her powerful vocal style transcends the boundaries of bluegrass music, as evidenced in her collaboration with Dolly Parton on the Elton John / Bernie Taupin Tribute Project “Restoration” 2018.